I started this series in 2015 after reading an article in the Boston Globe that I mention below. I exhibited the series in full and part a number of times, gave two talks at local colleges, and abbreviated this into an article Art that focuses on environmental concerns

The following few years saw a big change in American politics leading to the elimination of many federal policies that were supporting Green energy and environmental protection. At the same time the understanding of the progression of climate change seemed to point to a world further in cycles of change further along than previously expected. At the same time, public and private understanding and gradual recognition of unquestionable earth changes were evident. The earth was changing in ways that were unprecedented.

At the same time I personally became more seriously interested in spiritual studies, with a Zen teacher. This has resulted in radically changing my views about pretty much everything.

I am now weary and cannot support what are commonly accepted "activist" views that blindly seek agendas without understanding or recognizing the karmic impact, which always creates "us" against "them" polarizations. I can only support protest coming from a position of non-violence.

I do still believe there is an role art can serve to educate people about local ecosystems and the important role one can play in supporting native plants and species for the environment.

This is a series of works that was inspired by the decline and endangerment of species, particularly in Massachusetts and New England, due to climate change and human development.

While we have made great strides in environmentalism in recent years, the number of animals that are endangered and becoming extinct, in combination with climate change threatening ecosystems, there is little denying that we, and much of the life on the planet, are facing very critical times.

An article in the Boston Globe in the spring of 2015 describing a report on the current and future impact of global warming on New England’s native species was really shocking to me; it described a potential die-off of Sugar Maple trees within a hundred years, trees which turn brilliant shades of red in the fall, that are iconic to New England. Reading this motivated me to do a series of artwork based on regionally endangered and threatened species that include text from articles and reports related to each subject. Through my own reaction of making a connection to Sugar Maple trees with my local environment, I realized that people may not connect the impact of global warming specifically to their own lives, and I hope through art to make that connection more clear.

I think that while every human being struggles to come to terms with our own and our loved one’s mortality, the potential and actual extinction of a species brings a much more profound sense of ending and loss. Each of us live one single lifetime, so how can we even comprehend the end of an entire species, some of which have been around for tens of millions of years? While this is challenging to process, I am still hopeful that people will connect that each one of us can make individual choices and take actions that can support local ecosystems, and that the use of renewable energy sources, versus fossil fuels, as well as daily consumption choices can help change the outcome, especially when seen on a large scale. I hope that people will recognize the power they have to make compassionate choices for all of the earth, and most especially for those plants and animals facing critical challenges now and in the future. 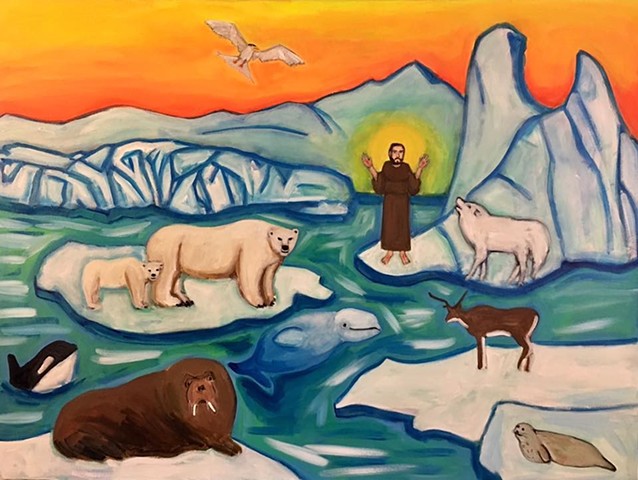 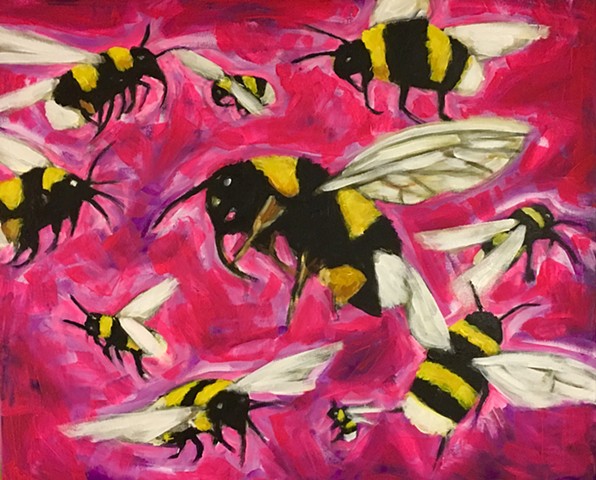 The Truth, it stings ; Endangered Honeybees
Acrylic on Canvas
20" x 24" 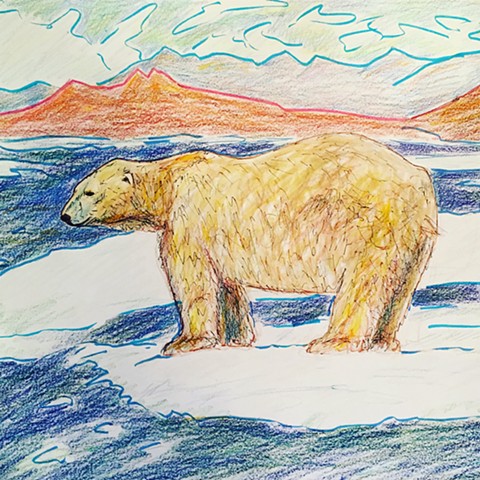 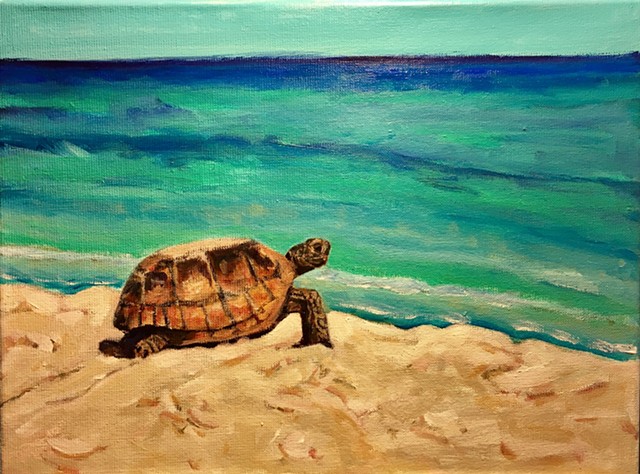 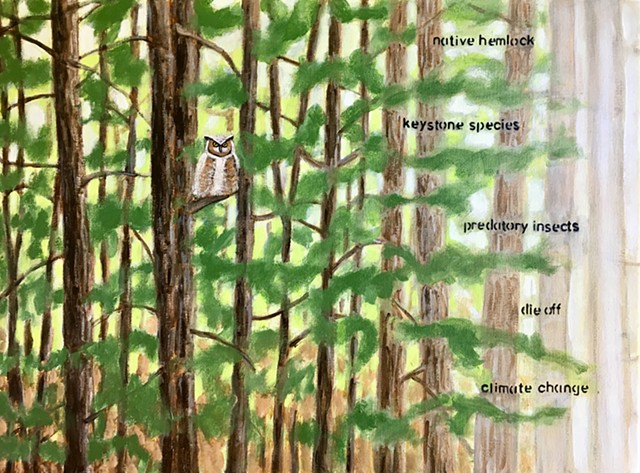 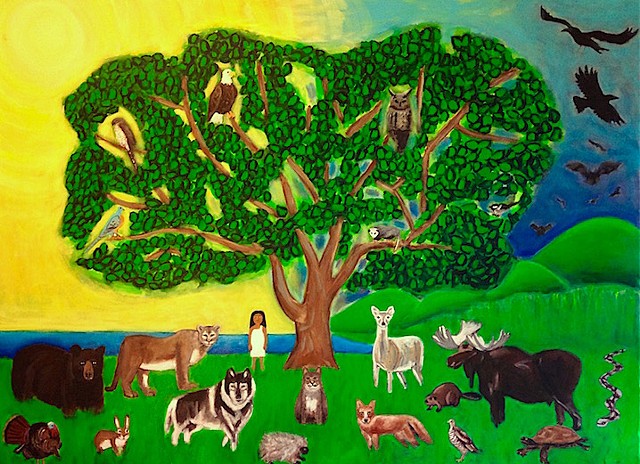 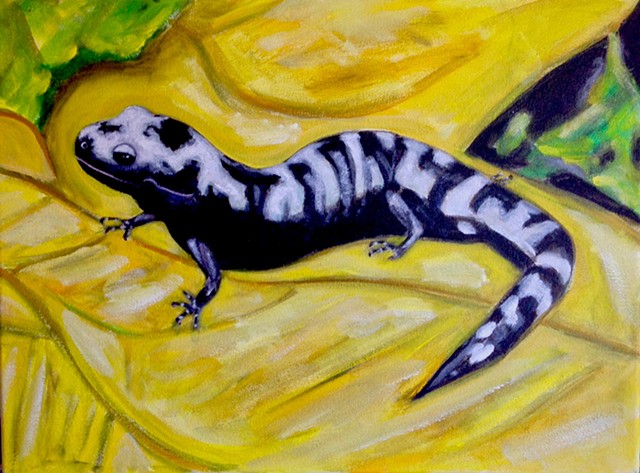 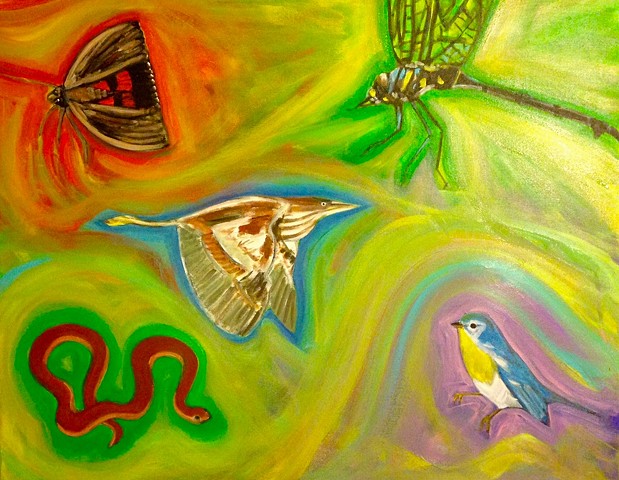 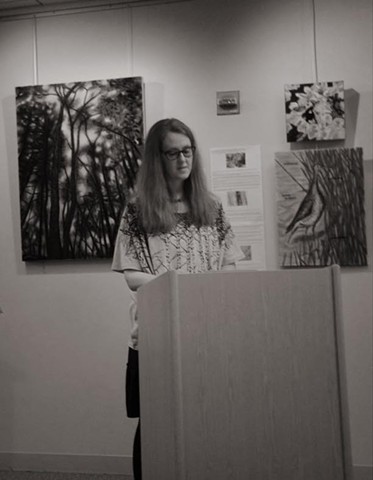 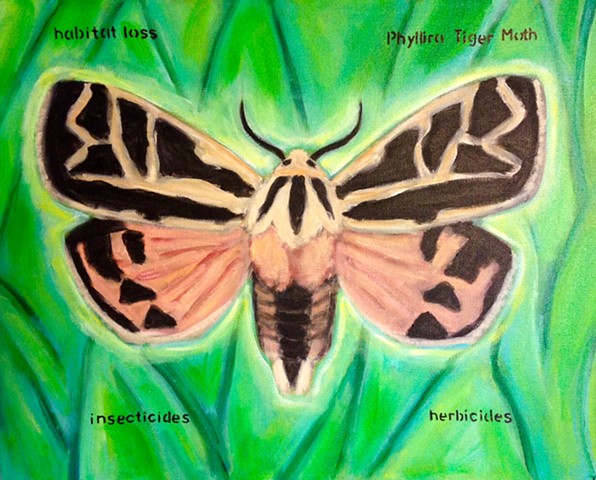 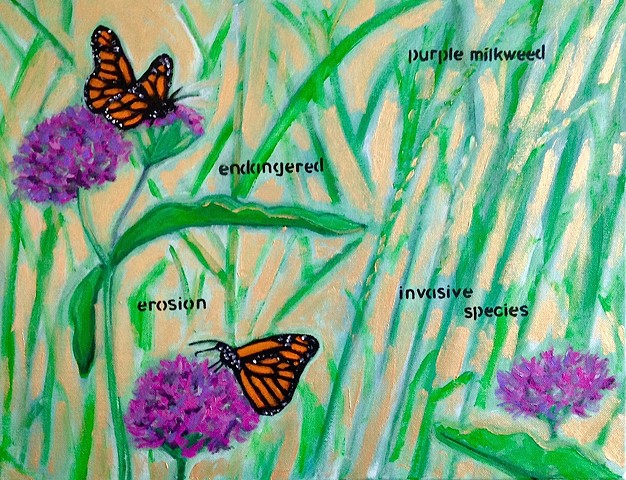 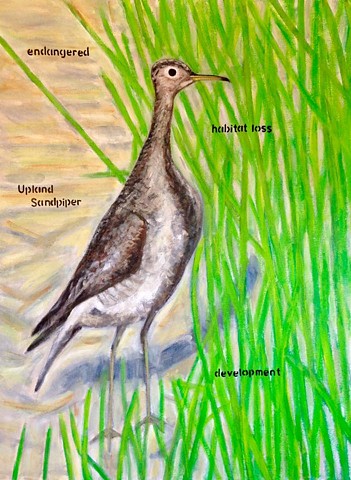 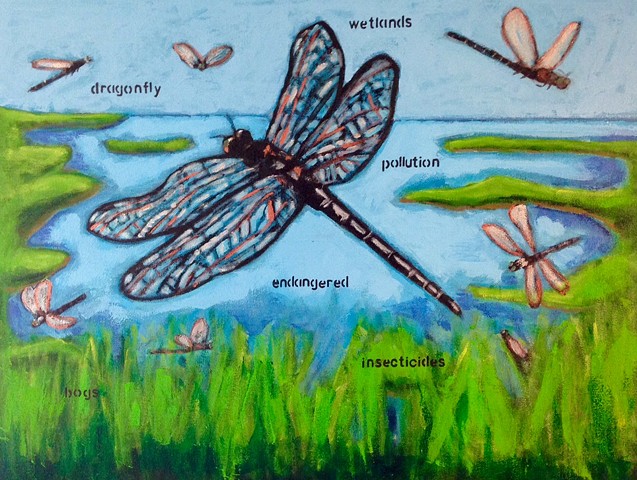 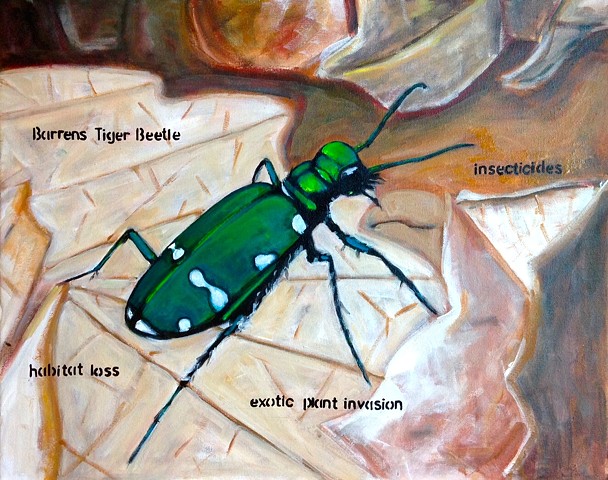 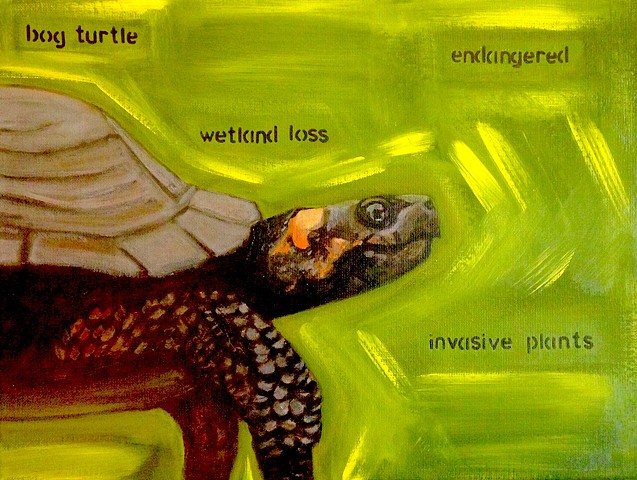 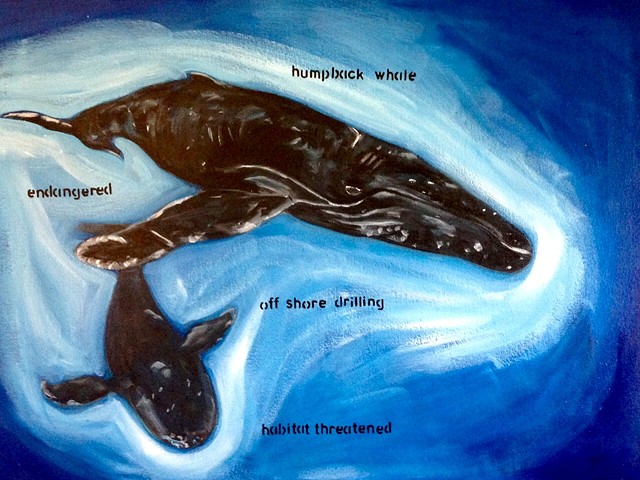